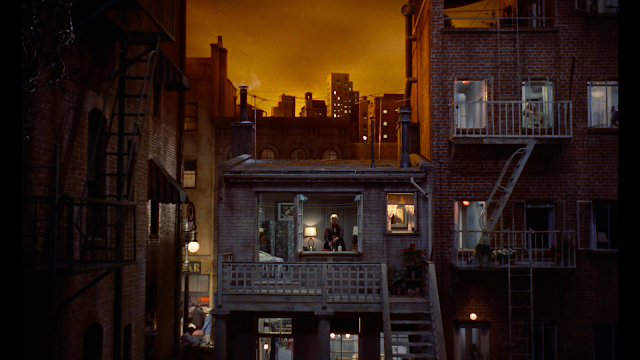 Alfred Hitchcocks' 1954 classic Rear Window has been dissected and rigorously studied in just about every way. There was even a video essay on how Hitchcock employed symmetry in select instances. While certain video essays spell their ideas out, not to mention written essays that like to argue through primary sources (a la footnotes), sometimes the best way to have a fresh approach to the material, is to literally cut it up and see its fragmentation coalesce into something enlightening.

That's precisely the approach Sarah Etkin went with in her video essay on Rear Window. As you watch it, you'll see how its effective clashing of intercuts versus repetition begins to form a new narrative language. It's like an anvil fell on the film's reel and condensed it to fragmentary clues that only add to its aura of mystery and trancelike obsession.