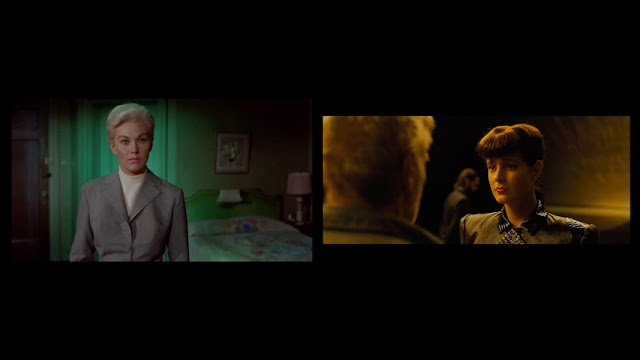 Roger Deakins may very well win his first Oscar this Sunday March 4th at the 90th Academy Awards ceremony for Best Cinematography for his work in Blade Runner 2049. Deakins has never won an Academy Award before -- even though he's been nominated fourteen times -- and industry insiders are predicting that he'll finally get his due this year. (Not that he needs a statuette anyways, since his body of work is staggering and exceptional.)

So, for this installment of #InformedImages, I took Deakins' photographic work in Blade Runner 2049 and studied its images closely, to see where its DNA came from. The early scenes definitely evoke Tarkovsky and in specific, his final film The Sacrifice -- which is interesting when you consider how much that film's protagonist Alexander (Erland Josephson) draws similar pathos to Blade Runner 2049's protagonist 'K' (Ryan Gosling). In a sense, both will men venture on journeys in an effort to make final amends in the eyes of their "creator," as some sort of act of salvation and, perhaps more importantly, to validate their place on this earth.

Then there were some shades of Hitchcock, namely in the scene where Rick Deckard (Harrison Ford) is introduced to a new replicant version of his old flame Rachael (Sean Young). This scene is Vertigo, through and through -- without question. And speaking of replicants, I was reminded of another Deakins title, Joel and Ethan Coen's No Country For Old Men. The villain of that film (Javier Bardem) might as well have been one of the ice-cold replicant killers from the Blade Runner universe. So I peppered in some specific shots and moments that show how the futuristic settings of Blade Runner 2049 shares some of the disdain and aura of death found in the Coens' west Texas location.

See how Deakins' images resonate in my video essay below.