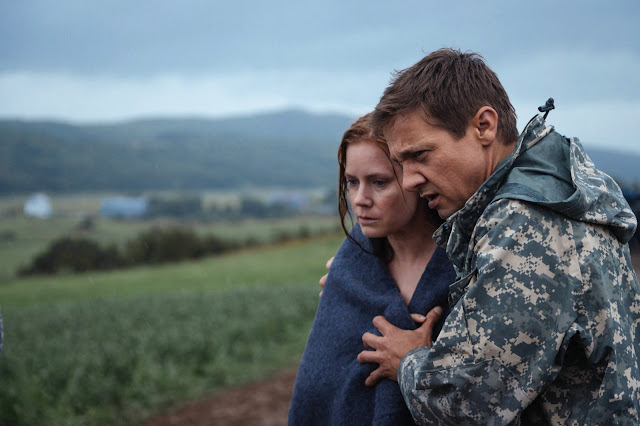 Denis Villeneuve's Arrival, which was one of the very best films of 2016, told the compelling story of a linguist (played by Amy Adams) who is recruited by the U.S. Army to help establish communication with alien invaders before an all out world war breaks out. Of course, the real plot of Arrival was more about the complexities of human affection and yearning, as well as exploring the costs of love; the film is bookended by nonlinear vignettes that reinforce the theme behind Alfred Lord Tennyson's “'tis better to have loved and lost than never to have loved at all” quote.

Now Luxembourg filmmaker Lukas Grevis takes two of the film's key topics -- words and love -- and has made an introspective video essay that plays like a lucid memory (which ties into Arrival's nonlinear structure) on the emotional arc of the film.

Here is Grevis' video below.