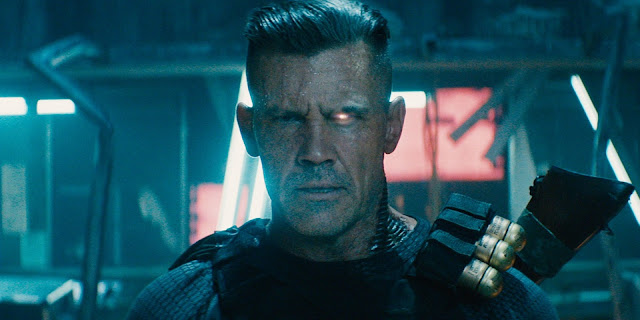 Josh Brolin is certainly the "Marvel Man of May." On May 4, 2018 Brolin once again hits the screen as the super villain Thanos in Avengers: Infinity War. Then, two weeks later he'll command the screen as the X-Force hero from the future Cable in Deadpool 2. It's crazy. Brolin should give his agent an early Christmas gift.

This morning 20th Century Fox dropped the latest trailer for Deadpool 2 and it gives us our first real taste of what to expect from Brolin's Cable. Of course, because Deadpool (Ryan Reynolds) always has tricks and jokes up his sleeve, it's best to just stop reading this and watch the trailer below.