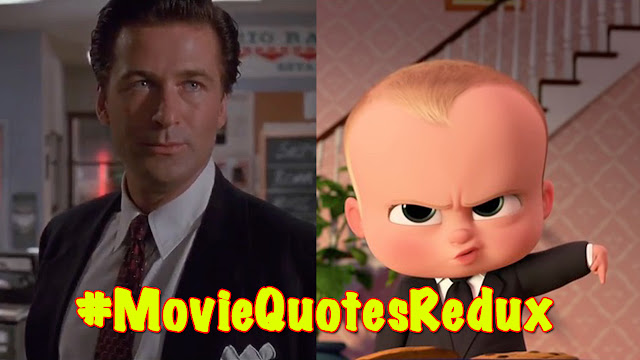 There are certain movie quotes that are instant classics. People quote them in their day-to-day conversations. Some are on t-shirts. Some are on coasters. Hell, there are even some that are immortalized as tattoos. That's the power of movies -- they connect to us.

Every so often, some movie quotes even become enveloped into the movie universe's own pop cultural Zeitgeist. For my latest video #MovieQuotesRedux I explored some of these quotes. You'll note that at the start of the video certain actors reinterpret their lines in later comedic films they star in but then I literally hit the stop button and then play some scenes where other actors are rendering these famous quotes in their own fashion.