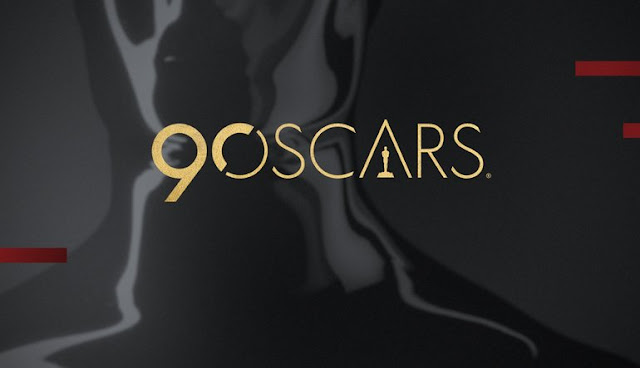 Here are the nominees for the 2018 Academy Awards (aka 90th Oscars), which will be handed out on Sunday March 4, 2018. Guillermo del Toro's The Shape of Water leads the pack with a whopping 13 nominations, followed next by Christopher Nolan's Dunkirk with 8 nominations. Some big surprises were the inclusion of Denzel Washington for Best Actor for his work in the critically ill-received Roman J. Israel, Esq. which no doubt was a slot many were expecting for James Franco to take for his turn as Tommy Wiseau in The Disaster Artist. Although Martin McDonagh's Three Billboards Outside Ebbing, Missouri won big at the SAG Awards and the Golden Globe Awards, McDonagh failed to earn a Best Director nod this morning, which will be crippling for the film's chances to win Best Picture (thankfully). Next to Three Billboards' 7 nominations are Joe Wright's Darkest Hour and Paul Thomas Anderson's Phantom Thread, each with 6 nominations.

Phantom Thread's Anderson was a surprise inclusion in the Best Director category (but a happy inclusion, nonetheless), no doubt knocking McDonagh from his expected spot; Lesley Manville's icy turn in the film earned her an unexpected nomination, although I predicted such a dark horse nod. The Supporting Actor and Supporting Actress categories are always the ones to surprise on Oscar night...

Some other strong turnouts this morning were Dee Rees' Mudbound with 4 nominations, including one for the film's director of photography Rachel Morrison, who is now the first woman to be nominated in the Best Cinematography category. Luca Guadagnino's Call Me By Your Name and Jordan Peele's Get Out also each scored 4 Oscar nominations, including Best Picture for both.

The Big Sick
Get Out
Lady Bird
The Shape of Water
Three Billboards Outside Ebbing, Missouri

Call Me By Your Name
Darkest Hour
Dunkirk
Get Out
Lady Bird
Phantom Thread
The Post
The Shape of Water
Three Billboards Outside Ebbing, Missouri