Watch: Christopher Plummer side by side with Kevin Spacey in "All The Money In The World" 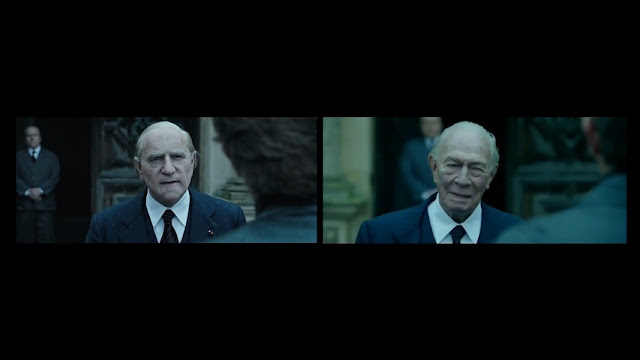 When Ridley Scott made the announcement that he would be replacing all of Kevin Spacey's scenes with actor Christopher Plummer in his upcoming film All The Money In The World, the idea was pretty unbelievable and shocking. It's been less than a month since that news broke and Scott has made good on his word.

A new video spot promoting the high-profile film was just released and it offered us the first glimpse of Plummer as J. Paul Getty. Of course, I couldn't resist putting clips of Spacey and Plummer side by side to see the before and after visuals.


It makes the trailer's voiceover that much more haunting: "To be a Getty is an extraordinary thing...we *look* like you...but we're NOT like you..."