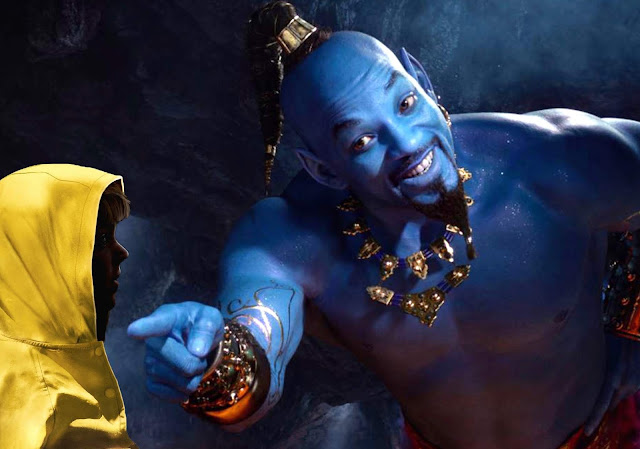 2019 is proving to be "a whole new world" indeed! This past Sunday night, during a commercial break for the 61st Annual Grammy Awards, Disney dropped a surprise TV spot of their upcoming live-action remake of Aladdin. It gave us our first look at Will Smith as the Genie, a role made legendary by the late Robin Williams in the 1992 animated feature.

While it's unfair (and definitely too early) to say whether the film -- or Smith's complete performance -- will be a massive failure, it is fair to say that the visual effects rendering of Smith as the larger-than-life blue Genie is anything but impressive. In fact, it's a downright frightening creation. It's crude and looks like a movie meme brought to life.

After watching this new TV spot several times, I began to draw movie connections and then reimagined Aladdin's Cave of Wonders as Pennywise the Clown's lair in the 2017 remake of It.

In short, Will Smith's Genie gave me more goosebumps than the clown.