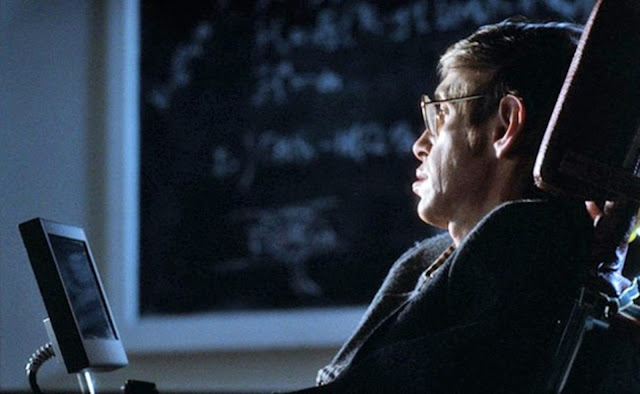 Yesterday we learned that the brilliant and world-renowned theoretical physicist Stephen Hawking passed away at the age of 76. In the early 1960s,  Hawking developed an early form of motor neurone disease, debilitating and paralyzing him throughout the decades. However, he did not let such a devastating physical disability stop him from becoming a truly iconic figure, thinker and leader in the sciences, and in specific, cosmology.

Hawking's built a legacy of scientific works, breakthroughs and publications throughout his academic career but it was his best selling book "A Brief History of Time" that caught the eye of acclaimed documentary filmmaker Errol Morris (Oscar winner for The Fog of War: Eleven Lessons from the Life of Robert S. McNamara). Morris' doc A Brief History of Time looks at the impressive life and work of Hawking, told in the signature way that only Morris can, all scored to a soundtrack composed by Philip Glass. While the film is available on Blu-ray via The Criterion Collection, it's also available to watch online, thanks to YouTube user Chris Tonabike.

Now that Hawking is gone, Morris' documentary takes on another level of poignancy. Watch the film below.