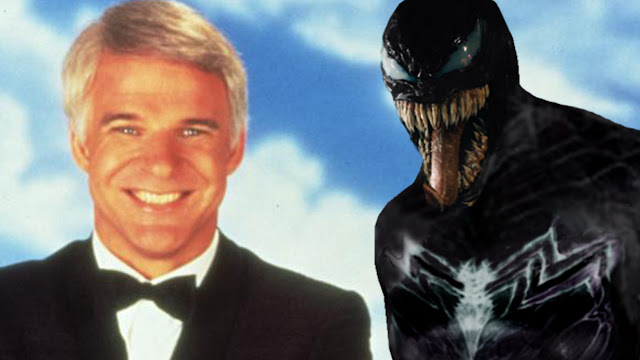 Venom, the latest Marvel (anti) superhero film, limps into theatres this weekend with an unimpressive 30% on Rotten Tomatoes. However, I'm sure that won't prevent it from making boo koo bucks at the box office. What I'm more interested in is how Venom will fit into the annals of film history -- because it does!

What's interesting is that if you look back at the reviews for All of Me -- which, make no mistake, fared much better than Venom among critics -- they all seem to agree that the most striking aspect is the impressive physicality of Martin's work. Likewise, Hardy appears to be working on the same go-for-broke wavelength in Venom.


With my mashup All Of Venom, I wanted to pay homage to both performances; we see Martin but hear Hardy (in the alien symbiote's voice). Before you know it, the two become inseparable...