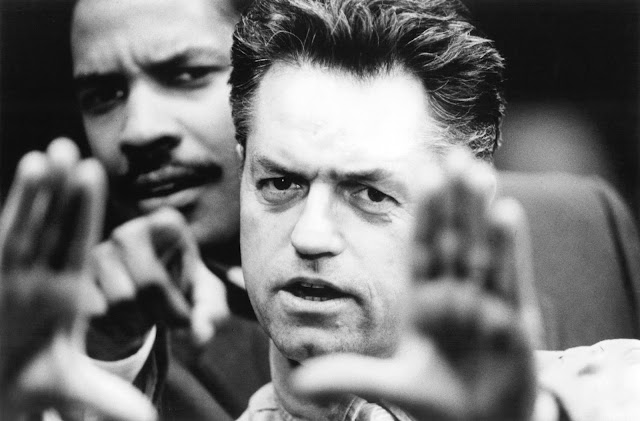 Jonathan Demme, the marvelous director of films like Philadelphia, Rachel Getting Married, Something Wild and The Silence of the Lambs, passed away this past Wednesday April 26, 2017.

An enduring quality of his films was his ability to skillfully break the fourth wall with his subjective camera (and frequent collaborator and cinematographer Tak Fujimoto) in such a way that felt natural and non-distracting. It was also effective in tapping into the emotions and psyches of the viewers; in the pop culture, for example, most moviegoers can only picture Hannibal Lecter intensely staring through the screen, as if his eyes were set to literally come out of the canvas. Essentially, there is a sense of urgency to these artistic choices that Demme has made with these point-of-view shots. They give his films an extra layer of life and vitality.

Most importantly, these shots help create an all-around empathy for the players on screen. When we see them, they see us.

There's magic in that.