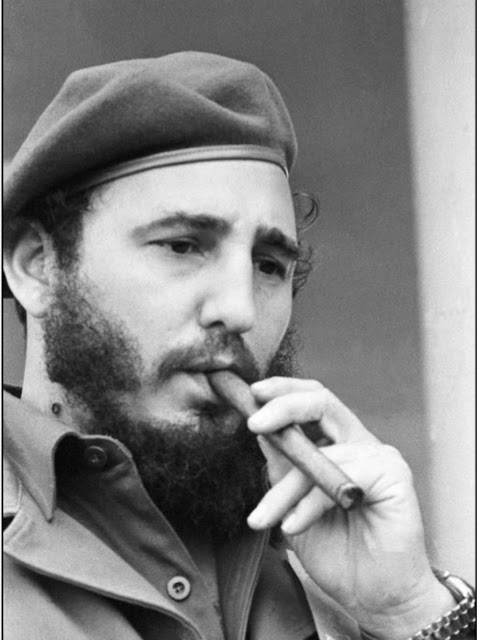 Fidel Castro passed away over Thanksgiving break. Castro, without question one of the towering figures of the 20th century, was a politician, a revolutionary, a prime minister and the president of Cuba. His story, his influence, his polarizing presence and his impact on history is--as the kids would say--"epic." And yet, when I finally learned of his passing over this past weekend, an unnerving realization hit me: American mainstream media didn't really do him justice.

Normally, when such an impressive person from the political or pop culture stratosphere passes away, I tend to seek out richer writings on the person and in most cases, a thorough film or biopic exploring his or her legacy. Strangely, in Castro's case, outside of some documentaries, the American cinema never bothered making a film solely about Castro; his most memorable silver screen portrayals were in the really awful Che! from 1969 and in the exceptional and stirring Che from 2008. But look at those movie titles; they're about Che Guevara, not Castro. Castro is simply in the periphery in both films.

More bothersome, is how in the last twenty years American television has mostly propped him up as farce; he became a caricature, thrown in with the likes of a lame duck president like George W. Bush. But even Bush was honored with a terrific Oliver Stone film (W.) that would explore and investigate the man himself.

I say all this because I feel that at this very moment, we're at a unnerving crossing point. If Castro's robust legacy (spanning over forty seven years) as a political leader, a Marxist–Leninist and Cuban nationalist is merely summed up in American mainstream media as a loud, machismo TV personality, then what are we to make of President-elect Donald Trump? Trump is a person with zero political experience. He's a loud, bullying, problematic and dangerous Republican puppet who was literally birthed from the television set; a reality TV host and a sensationalist pop culture fixture--forget his constantly scrutinized business and real estate background. Trump is literally an outspoken real-life caricature who is simply here for the spotlight. And yet now he stands on the eve of being the President of the United States of America, after already awakening (if not exposing) the deep rooted racism and sexism in various parts of the country. And his political resume pales compared to Castro's.

American mainstream media perhaps is now more powerful than ever. It scares me to think what will happen next if we don't curate it more efficiently and create more enlightening content.