Jean-Luc Godard: "Every Edit Is A Lie" 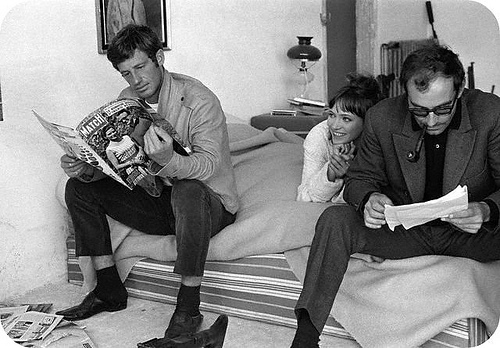 Radical French New Wave filmmaker Jean-Luc Godard is still one of the leading figures in the movement to challenge and transform traditional forms of so-called Hollywood filmmaking. Last year, as an exercise in two parts, I created these two video mash ups (essays?) on Godard's own work.

[Beneath each video is the original description that was published on its Vimeo page.]

Unquestionably one of the most audacious and simultaneously problematic tracking shots in cinematic history, this sequence from Jean-Luc Godard's Week End (1967) succeeds in visually demonstrating a chaotic cross section of human existence. The downside is that we have to (annoyingly) hear cars honking on the soundtrack for nearly eight minutes. In reaction to this, I have manipulated this portion of the film by way of arranging the visuals to Paul Cantelon's music piece "Theme for the Diving Bell and the Butterfly." 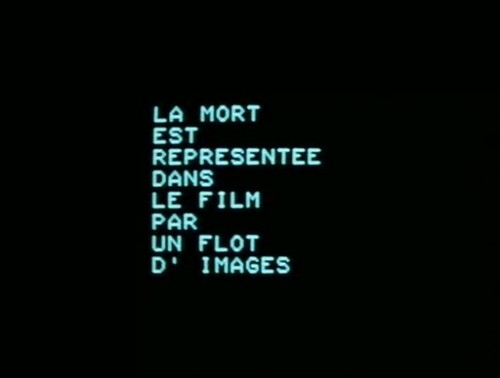